To open the doors of the studio’s three-part auteur animation original for Netflix, Nexus Studios turned to directors Nicolas Ménard and Manshen Lo. The duo came up with a monochrome, hand-drawn title sequence to welcome viewers into the tactile stop-motion world of the anthology, which comprises three stories directed by Emma De Swaef & Marc James Roels, Paloma Baeza and Niki Lindroth von Bahr. 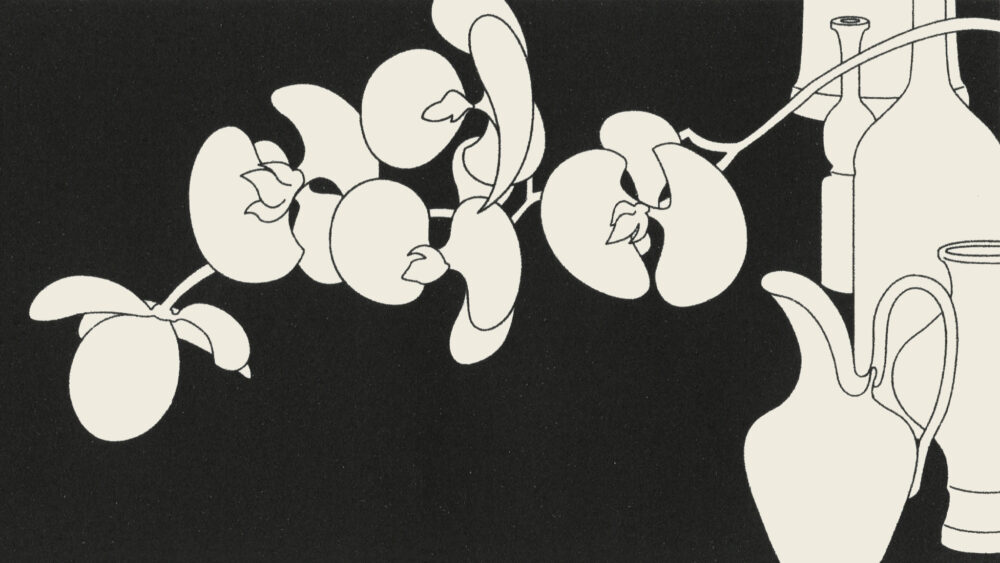 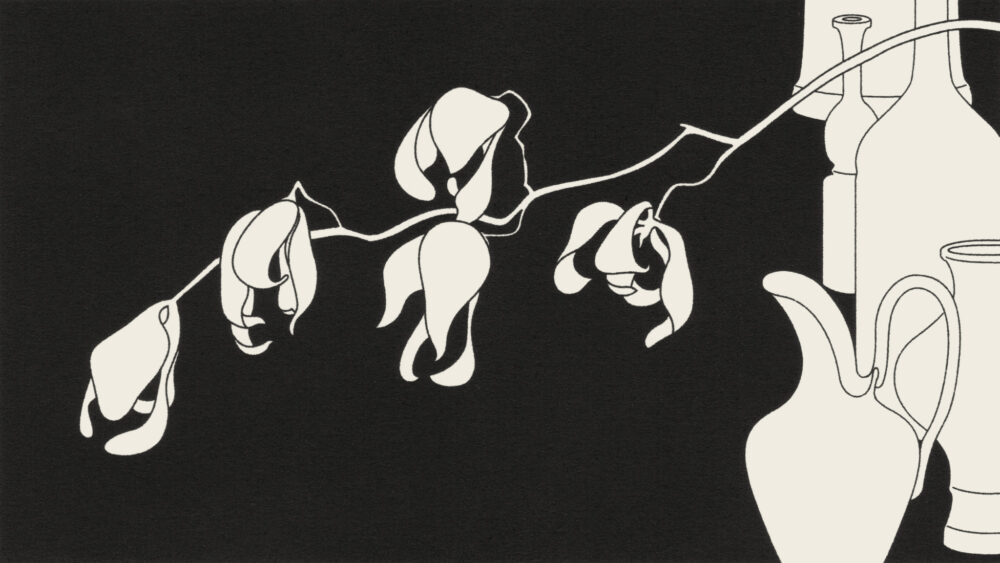 Ménard and Lo created a visual language that contrasts with — but also encapsulates — the three distinct stop-motion worlds of the film, delicately filled with tension. Viewers are taken on an eerie tour through The House that sets the tone for the dark comedy that is to follow. Drawing inspiration from 19th century woodcuts as a starting point for their creative process, the pair committed to only showing the essential when creating these shape-shifting environments. 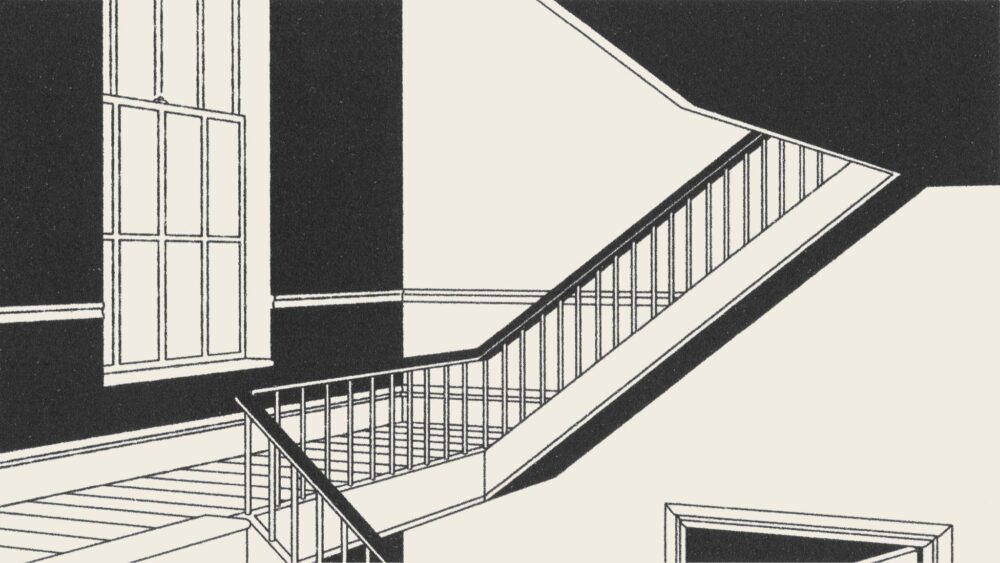 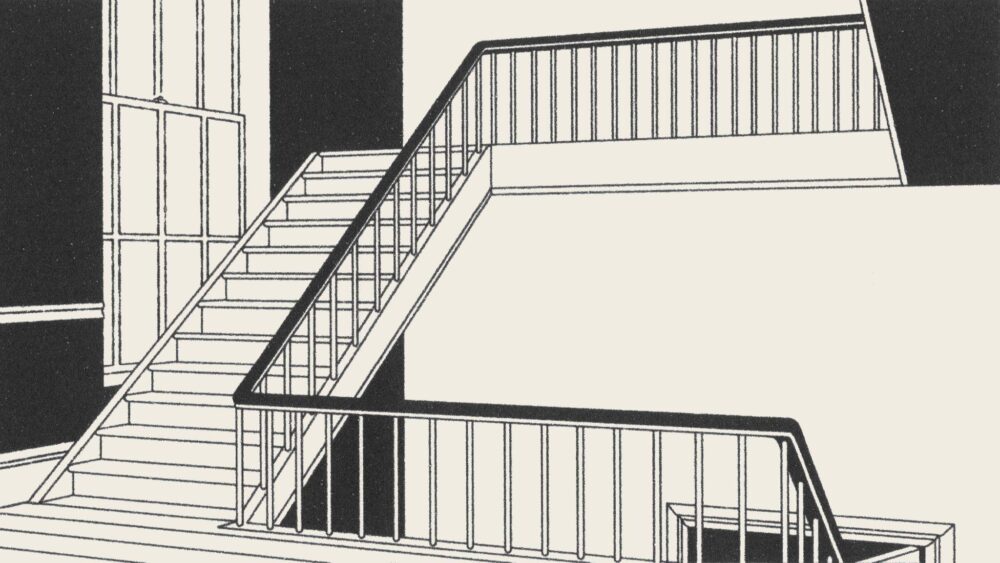 As the audience is transported up a living staircase and over a sinking checkerboard floor, tension and anticipation builds, elevated by the soundtrack of Oscar-winning composer Gustavo Santaolalla (Brokeback Mountain, Babel).

On the hunt for a suitable typeface, the pair fortuitously stumbled upon Fermín Guerrero’s “Brick”. The design was inspired by the signage of three prominent pubs in London’s East End. With Art Deco traits and a trace of Art Nouveau heritage, it was the perfect companion to the vignette aesthetic of black prints on black screen. Working with graphic designer Jolin Masson, the trio captured a balance between animation and typography, reminiscent of antique picture books. 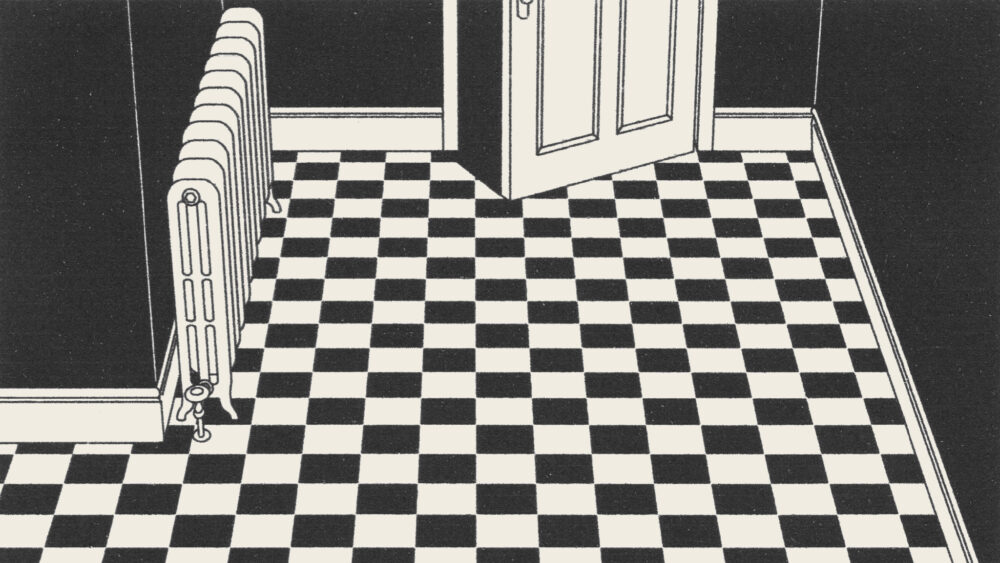 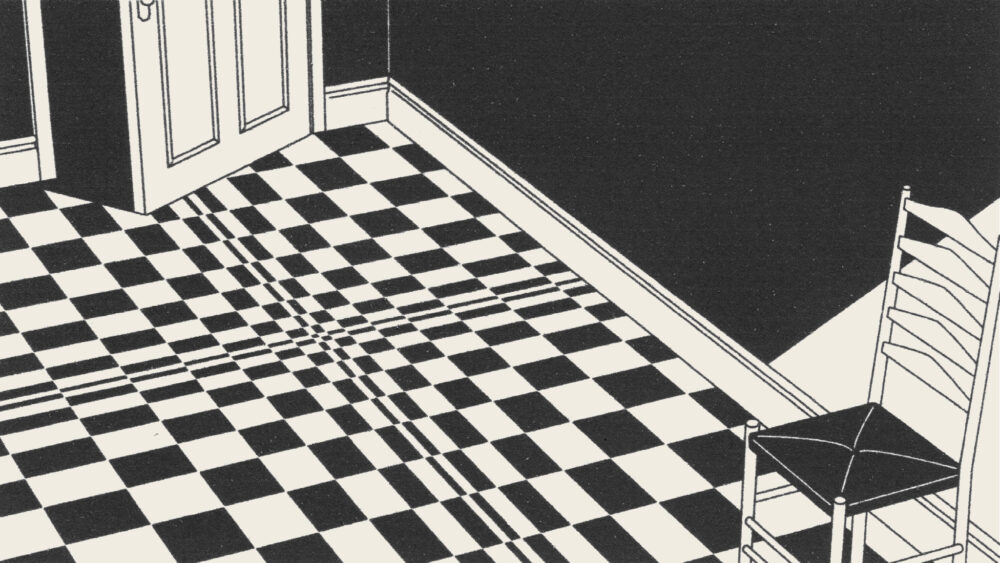 “What struck us when watching the anthology was that although the house had similar features from chapter to chapter, it didn’t seem to have a specific layout. It was shape-shifting. This gave a rather eerie quality to the spaces featured in the films; one struggles to create a mental map of the place. So that felt like a great foundation for the theme of our intro sequence,” Ménard and Lo observed.

The House premiered January 14 on Netflix and is available to stream worldwide. Read more about the project in Animation Magazine‘s feature story here.

Nexus Studios is a global creative studio with locations in London, LA and Sydney. Its long list of projects include Oscar-nominated short This Way UpBAFTA-winning title identity “The Fearless Are Here,” Grammy-nominated feature Happier Than Ever (Disney+, Billie Eilish, Robert Rodriguez) and Emmy-nominated immersive film Back to the Moon. Learn more at nexusstudios.com.