Edward Simon is in the second echelon of jazz pianists. He is firmly established, widely respected, and not quite a star.

He was born in Venezuela but came to the United States at 16, 36 years ago. His impressive list of credits includes Greg Osby, Terence Blanchard, and the SFJAZZ Collective.

Solo Live is his 15th album as a leader, but his first unaccompanied and only his second live recording. It comes from a performance at the Piedmont Piano Company in Oakland, California, a piano store that puts on regular concerts in a space with excellent acoustics. Engineer Norman Landsberg’s recording renders Simon’s Yamaha instrument as an existential presence.

Simon’s playing retains rhythmic elements from his South American heritage, but they are integrated within an expansive style that also reflects his early classical training. His music sustains two qualities that are not always compatible in art: tastefulness and lavish, lyrical, liberated romanticism.

Billy Strayhorn’s “Lush Life” contains all the above and more. It begins with the song’s familiar hovering pregnant pauses, but they are soon swept up in Simon’s own decorations. He shifts among many tempos, the most surprising of which is stride. The creative proceeding becomes a vast unwinding that keeps glancing off “Lush Life.” “Monk’s Mood” is more patient, a gradual process of unfolding and discovery in which Monk’s melody is a resonant recurring touchpoint.

The most patient of all is “I Loves You, Porgy.” It is the most literal interpretation here. It is as if Simon is reluctant to depart very far from Gershwin’s abiding melody. But the relative faithfulness of Simon’s version lays bare the song’s emotional essence. Beauty and sadness coexist within the hope of love’s asylum.—Thomas Conrad 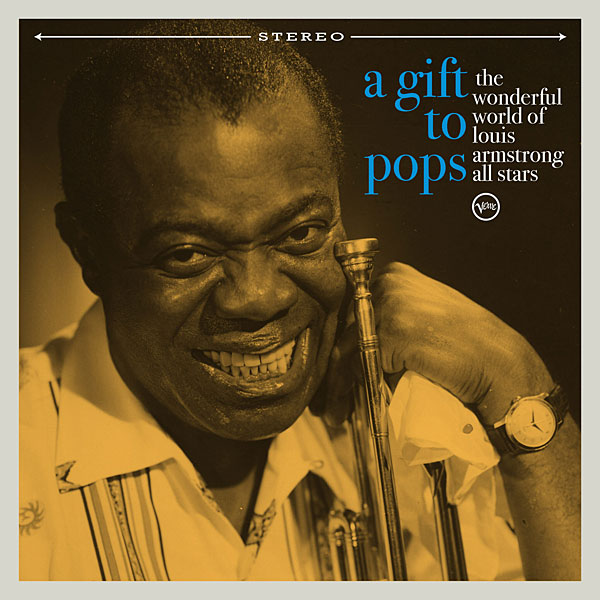 Rarely has such a troubled recording project yielded such a delightful record. In 2018, a group of musicians performed a Louis Armstrong tribute at the Joy of Jazz Festival in South Africa. Jackie Harris of the Armstrong estate, who organized the concert, proposed an album; they all agreed. Trumpeter Nicholas Payton volunteered to produce it, and the troubles began. He chose a studio run by a friend, who wasn’t up to the task. A couple of newly hired musicians turned out to be ill suited. No one much liked the results. Harris wanted a do-over at Misha Kachkachishvili’s renowned Esplanade Studios in New Orleans. Payton quit. Wycliffe Gordon became the new producer. Tunes were redone, embellished, remixed. Verve, which bought the tapes, designed an album cover that looks like an Armstrong compilation; none of the musicians are mentioned on the front or back.

And yet, the album is terrific. It sounds terrific. It’s a joy. Most of these musicians, especially Gordon and Payton, are deeply steeped in traditional and modern jazz—a rare thing. They play Armstrong’s music in the spirit of its time: no nudges or winks; no academic amber. Yet the arrangements are imbued with a flavor of our own times: a bit more blues, R&B, gospel, or, in one case, hip-hop than Pops would have indulged but that he might have liked anyway.

Kachkachishvili did a wonderful job mixing all the elements to make them seem cohesive. The tracks that only he recorded sound a little cleaner and clearer than the others, but the entire CD is tonally true, dynamic, spacious, and immersive. (The LP was not available yet at deadline.)—Fred Kaplan 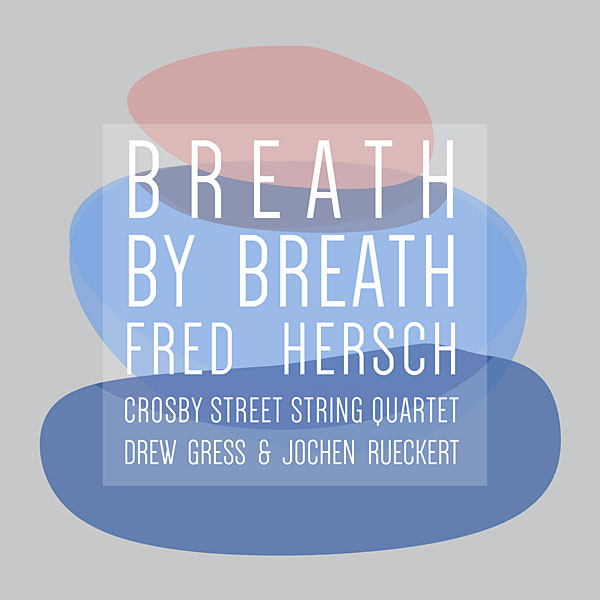 Fred Hersch has reached a level of eminence among jazz pianists that makes everything he does important. Breath by Breath is his first recording with piano trio and string quartet. The trio includes a longtime collaborator, bassist Drew Gress, and a new drummer, Jochen Rueckert.

Hersch says the project was inspired by his meditation practice, which provided a “refuge” during the pandemic. The album does not sound meditative. It sounds measured, graceful, meticulously detailed, and melodic. But if one purpose of meditation is to transcend distraction and remain in the present, the music aligns with this quest. It is patient, proportional understated, and complete in itself.

Hersch’s writing for string quartet is remarkably sure handed for a first attempt. He incorporates strings into the music organically, as active foreground, as rapt background, or as pervasive energy. On “Awakened Heart” and the title track, Hersch’s alluring melodies are gradually assembled and arrayed, pieced out among four stringed instruments. Then his piano enters like a light of fresh intelligence and flows through those melodies and beyond them. Surprisingly, the most haunting piece is by the quartet alone. “Know That You Are” is a sonic watercolor. The stringed instruments become four brushes, each painting a different pastel hue.

This erudite undertaking prioritizes composition and ensemble form. Hersch’s piano is one voice among seven. The great Hersch albums (like his trio recordings at the Village Vanguard) focus on his piano brilliance. But Breath by Breath fulfills its motivation. It occupies a special niche in Hersch’s distinguished discography.—Thomas Conrad