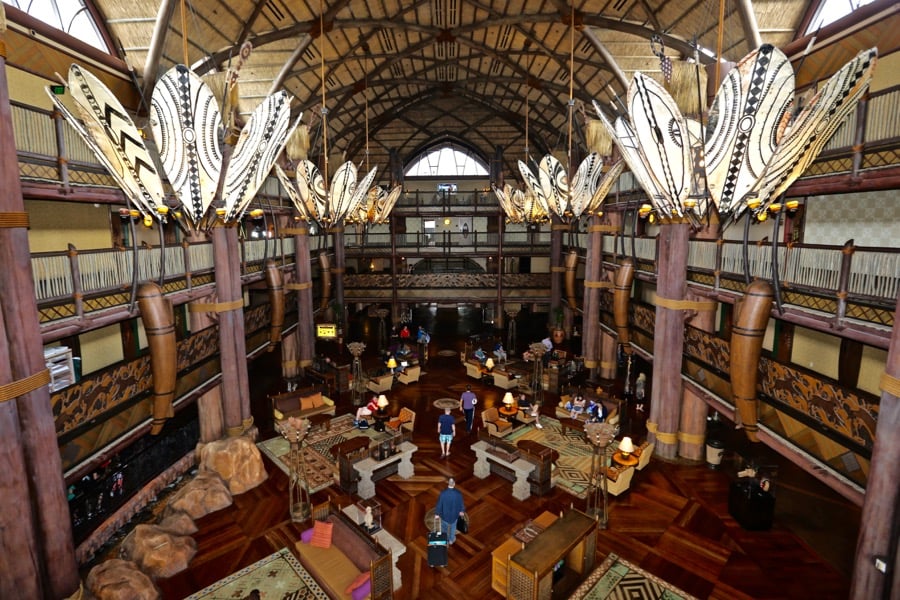 Well, everyone, we are just one day away from celebrating 50 years of Walt Disney World – that is the most significant and most exciting Disney milestone for so many of us!! After going over all of the major milestones in Walt Disney World’s incredible history, we’ve officially arrived at the 21st century.

April 16 – Disney’s Animal Kingdom Lodge opens, featuring spectacular views of lush savannas home to more than 200 animals. The resort is also home to one of the largest collections of African art in the United States.

May 5 – Walt Disney World joins in the “Happiest Celebration on Earth,” with Disney parks around the world saluting the 50th anniversary of Disneyland Resort in California. Opening as part of the celebration: Soarin’ at EPCOT and the Lights, Motors, Action! Extreme Stunt Show at Disney’s Hollywood Studios.

October 1 – “The Year of a Million Dreams” begins at Walt Disney World and Disneyland Resorts. A new “Dream Squad,” randomly selects guests to win an array of prizes. These include priceless, “dream come true” experiences like a night’s stay in the new Cinderella Castle Suite.

January 17 – The first Disney Dreamers Academy event brings 100 exceptional African American high school students from around the US to a four-day, immersive, transformational mentoring experience at Walt Disney World Resort. Becoming an annual, the free program has since encouraged more than 1,000 participants to pursue their dreams and make a difference in the lives of others.

May 31 – Disney’s Art of Animation Resort opens with a new style of accommodations – Family Suites for parties of up to six people.

December 6 – New Fantasyland opens at Magic Kingdom Park. The 26-acre expansion of the original land initially includes three new attractions and Be Our Guest Restaurant. Other phases of the new land include Seven Dwarfs Mine Train that opened May 28, 2014.

September 29 – Culminating a three-year reimagining of what was previously Downtown Disney, Disney Springs comes to life. The retail, dining, and entertainment district will continue to grow, encompassing four “neighborhoods” all themed to Florida towns of the early 20th century.

July 9 – Gran Destino Tower opens with 500-plus new guest rooms along with new dining and convention spaces, with’ a multiyear transformation of Disney Coronado Springs Resort.

August 29 – Star Wars: Galaxy’s Edge opens at Disney’s Hollywood Studios. The 14-acre land invites guests to experience their own Star Wars stories like never before. One of the most ambitious and technologically advanced attractions created for a Disney park, Star Wars: Rise of the Resistance opens December 5 inside the land.

October 1 – “The World’s Most Magical Celebration” will begin, saluting the 50th anniversary of Walt Disney World Resort. The 18-month event will feature new experiences at all four theme parks and beyond, with shimmering EARidescent décor.