THERE are almost 9000 items in the world-renowned Burrell Collection and now the refurbishment has meant more of the collection than ever before can be viewed.

Highlights include one of the most significant collections of Chinese art in the UK and objects from ancient civilisations, including Roman sculpture and Egyptian pottery. There is stunning stained glass, intriguing arms and armour and over 200 tapestries that rank amongst the finest anywhere in the world, as well as paintings by renowned 19th century French artists like Manet, Cézanne and Degas.

With just weeks until visitors will be welcomed back, here are nine things you can see:

1. Meiping vase: Beautiful Chinese Ceramics are one of the largest and most significant sections in the Burrell Collection. Pictured is a rare early Ming porcelain vase from the period 1368-1398, known as Meiping for its distinct style, which has a pronounced ‘waist’ and short neck. It is also one of the earliest styles of blue and white decoration often associated with Chinese art. If you look closely you can see two characters written on the shoulder of the vase, which can be translated as ‘spring longevity’, and a five-clawed dragon over the upper part of the vase, while magic fungus-shaped clouds encircle the lower part. Only four pieces of this kind have ever been found. 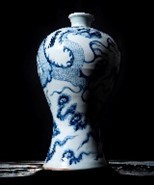 2. The Rehearsal (Edgar Degas c1877:) This is one of the best-known works in the Collection, and part of a large group of works by the French master in the museum. This is the only ballet themed work in the Burrell that is painted in oils, Degas later preferred to work with pastel. It features a group of young ballet dancers preparing to perform at the ballet in Paris. Really strong innovative digital experiences in the new museum will bring this work and many others to life for visitors in exciting and novel ways, creating a deeper understanding of the collection and inviting those who’ve never been before to come to the museum. 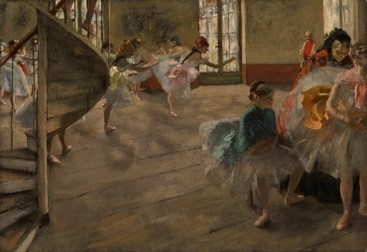 3.Tapestry: Hercules founding the Olympic Games on Mount Olympus: Over a period of 60 years, Sir William collected over 200 tapestries. Today it ranks as one of the most significant collections of tapestries in the world and includes majestic tapestries commissioned by kings, princes and bishops as well as smaller domestic ones woven for wealthy families. They are of outstanding quality and depicted a wide range of different subjects, many adorned the walls of Sir William’s homes including Hutton Castle in the Scottish Borders, whilst others were lent to exhibitions, museums and cathedrals throughout Britain.

4. Bedhead of King Henry VIII and Princess Anne of Cleves – Dated 1439: A common object that unites most people is a bed, although the one you sleep in may not be quite as fancy as this one. Carved in oak and decorated in black and gold, this is an extremely rare item of English royal furniture to survive from the Tudor period. It was purchased by Sir William Burrell in 1938, for £800. The highly decorated bedhead features a great deal of symbolism reflecting the family lineage and ruling hopes of the owners, Henry VIII and his fourth wife Anne of Cleves, who married in 1540.

5. Girl on a Bicycle, about 1896, Joseph Crawhall: The Burrell Collection has the largest body of material by Joseph Crawhall in the world. As well as magnificently observed and technically flawless major works, the Collection boasts many of these delightful sketches. Crawhall’s drawings are known for their humour and many are based on comic parings of humans and animals like this one. Here he shows his sister Beatrice on her bike with the family dachshund Fritz, with his short legs, desperately trying to keep up.

6.The Thinker: One of the most recognisable works in The Burrell Collection is this modern bronze work by the French master Auguste Rodin. Of the 14 pieces by Rodin in the collection the most famous is The Thinker, conceived as the crowning figure to his greatest work, the Gates of Hell. Although the final project was never assembled in Rodin’s lifetime, many of the figures are famous in their own right. The Gates of Hell referred to Dante’s Inferno, and the Thinker at the top is believed to represent the poet.

The Burrell Collection is the first public UK collection to acquire a work by sculptor Camille Claudel (1864-1943). L’Implorante, a touching, powerful and rare example of Claudel at her most vulnerable, is also the museum’s first acquisition in ten years and the first sculpture by a woman in the collection. Claudel was a contemporary and close collaborator of Auguste Rodin (1840-1917), whose work The Thinker is synonymous with the museum.

L’Implorante will initially be displayed as part of the museum’s inaugural exhibition due to open late summer 2022, which will explore the legacy of Sir William Burrell as a man and collector.

8.The Prophet Jeremiah: This panel dates from the 13th century and shows the prophet Jeremiah. Burrell bought the panel in Paris in 1923. It is associated with the cathedral of St Denis in Paris. As the earliest piece of stained glass in the collection, it is the starting point for a journey through almost 800 stained glass items, one of the world’s great treasures troves in this area. Through to star object Princess Cecily, about 1483-1484, originally from the Royal window at Canterbury Cathedral, this panel representing the daughter of Edward IV of England and Elizabeth Woodville is one of the finest examples of late 1400s stained glass.

9. Self-Portrait by Rembrandt Harmenszoon van Rijn: Rembrandt was just 26 when he created this self-portrait. It was one of the first paintings he made when he moved to Amsterdam in search of work, it is signed and dated 1632. The artist is shown wearing the clothes of a fashionable and wealthy Dutch citizen: black coat with gold buttons, white lace collar and black hat, showing potential clients how he could represent them. 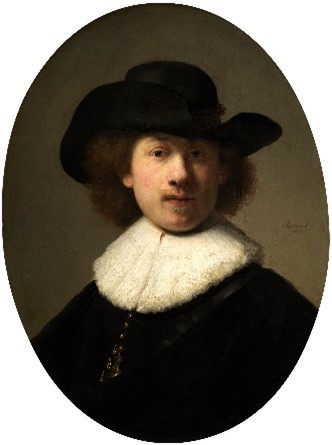 The Burrell Collection reopens its doors to the public on Tuesday, March 29.