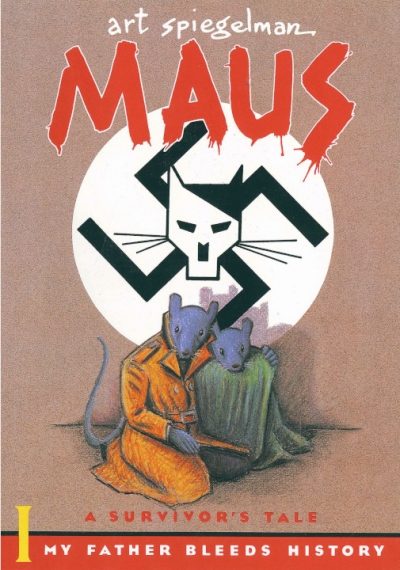 Art Spiegelman’s Pulitzer Prize-winning graphic novel, “Maus,” has again become a subject of fascination after it was removed from Tennessee high school curriculums. So naturally, for better or worse, Hollywood is throwing offers at the writer-illustrator to adapt it for the screen.

Despite these advances, Spiegelman told The Hollywood Reporter yesterday that he won’t be moving his masterpiece to any other medium. “I like movies, but ‘Maus’ is better served as a book,” he explained. “[It’s a] more intimate form and comics adhere to the brain better.” He added that there has been “no change” to his position on whether or not to adapt the story as a film or series.

Clearly, this isn’t the first time he’s been approached. According to THRhe’s turned down at least four offers since the book’s two volumes were published in 1986 and 1991, and has also passed on “millions of dollars in licensing and merchandising deals relating to Mouse iconography.”

Spiegelman’s focus has instead been on challenging the McMinn County Board of Education in Tennessee, after it voted unanimously on January 10 to remove Mouse from its eighth-grade language arts curriculum. His story is centered around his father’s experiences as a Polish Jew and Holocaust survivor, and depicts Jews as mice and Nazis as cats in a post-modernist retelling of those true events. But strangely, the Tennessee board seems fixed on some relatively trivial details.

Following the vote, he told CNN, “They’re totally focused on some bad words that are in the book. ‘Damn?’ I can’t believe the word ‘damn’ would get the book jettisoned out of the school on its own, but that’s really where the genuine focus seemed to be.”

Since word spread of the regional ban, The Complete Mouse, which packages both volumes, surged to number one on Amazon’s best-seller list this week. Yesterday, Spiegelman also announced that he will be joining a live conversation hosted by a consortium of concerned Tennessee organizations next Monday, February 7.

Max Weinstein is a writer and editor based in Los Angeles. He is the Editor-at-Large of ‘Dread Central’ and former Editorial Director of ‘MovieMaker.’ His work has been featured in ‘Cineaste,’ ‘Fangoria,’ ‘Playboy,’ ‘Vice,’ and ‘The Week.’